Willemstad, February 20, 2022 – Based on the mutual need to further expand contacts and enter into new institutional collaborations with supervisory and advisory bodies, the first introductory meeting between the Social and Economic Council (SER) of Curaçao and the Fair Trade Authority Curaçao (FTAC) took place on Friday, February 18, 2022. Ideas were exchanged about the possible role SER, as a permanent body of advice on socio-economic issues, could play in the implementation of the supervisory role of the FTAC. Investigations by the FTAC into possible violations of the cartel ban and into possible abuses of economic power by companies have a socio-economic dimension that cannot be ignored. The investigative powers of the FTAC are laid down in the National Ordinance on Competition. This ordinance has recently been evaluated. Partly as a result of that evaluation, the FTAC board approached the SER for an initial exploratory discussion. The parties agreed to explore at a technical level in the coming period whether, and if so how, practical and effective interpretation could be given to the mutual working relationship. The opportunity was also taken to officially hand over the FTAC’s annual report for the year 2020 to the SER 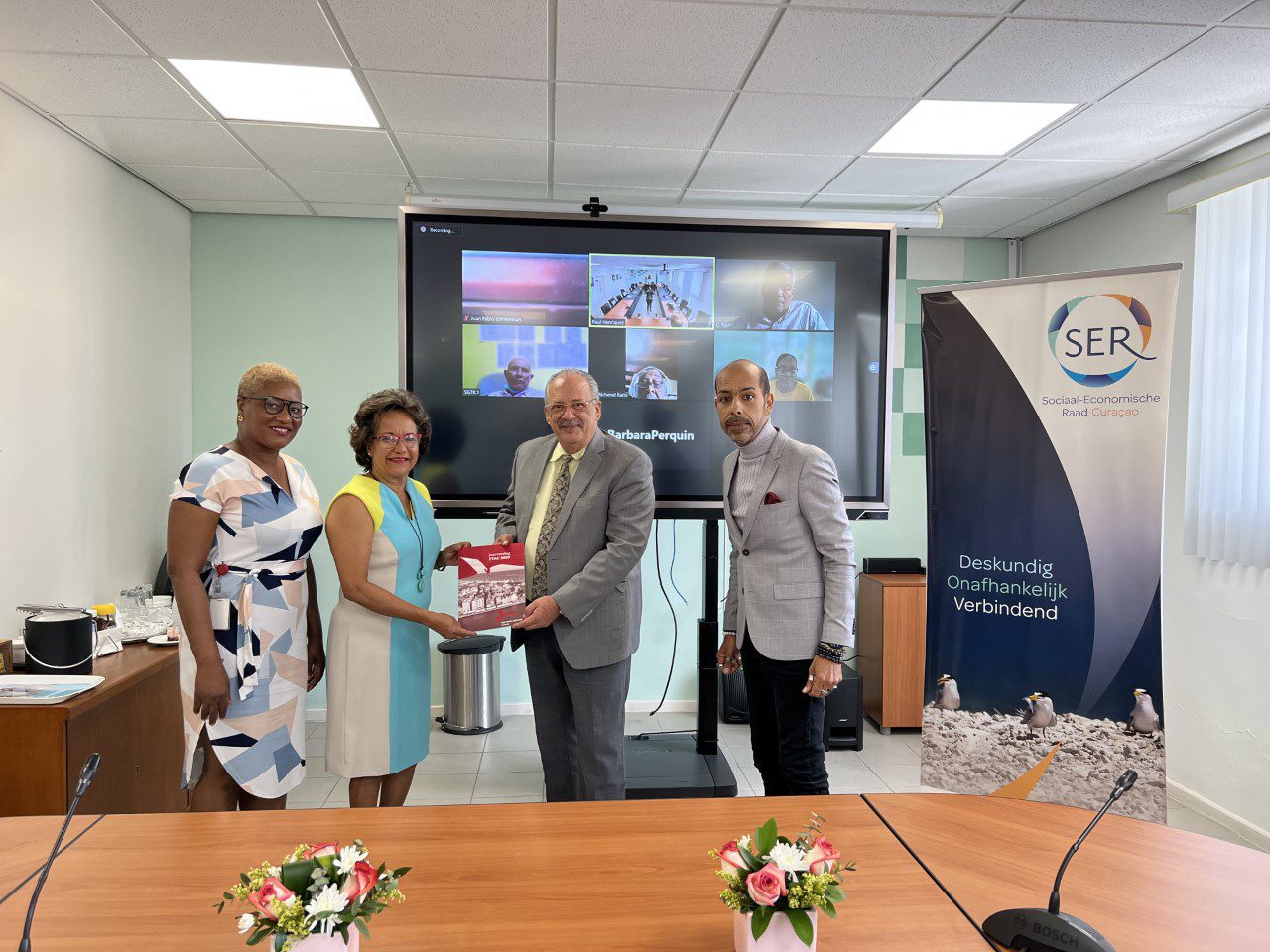