Strengthening the working relationship on institutional level and jointly organizing lectures, symposia and workshops on social-economic themes which are current and relevant for the Caribbean countries within the Kingdom. These are some agreements that were made by the technical delegation of the Social and Economic Councils (SER) of Curaçao and Sint Maarten during a work meeting which was held in the meeting room of the SER of Curaçao at the Ansinghstraat on Monday morning April 9th. During this work consultation the SER of Sint Maarten was represented by the director/secretary general, Mr. Gerard Richardson, accompanied by a legal advisor Mrs. Daniëlle F. Choennie-Babel.

On behalf of the SER of Curaçao, Mr. Raúl Henriquez was present who paid a courtesy visit to the SER of Sint Maarten on last Tuesday April 3 and the legal advisor Mrs. Sharlyn Villáreal-Curial, and the advisors Mrs. Miloushka Sboui-Racamy, Mrs. Sonja Boersma and Mrs. Ingrid Bernadina-Provence.
The delegation expressed their desire and their willingness for more exchange of experience on institutional level, in order to learn more from each other and to organize jointly projects and working programs.

There were talks about the possibility to organize together a symposium with the SER of Aruba in the near future on the theme undocumented, illegal migration and refugees, which are relevant and current for all three countries and the whole Kingdom, considering the serious social-economic consequences this development could have. Further views points were exchanged about the ambition of the SER of Curaçao to reinforce the regional working relationship in the framework of the CESALC-network (Consejos Económicos y Sociales de América Latina y del Caribe) and also globally in the framework of the International Association of the Social-Economic Councils and similar institutions, AICESIS.The SER of Sint Maarten expressly indicated that it shares this vision.

In the picture: The technical delegation in conversation with each other. 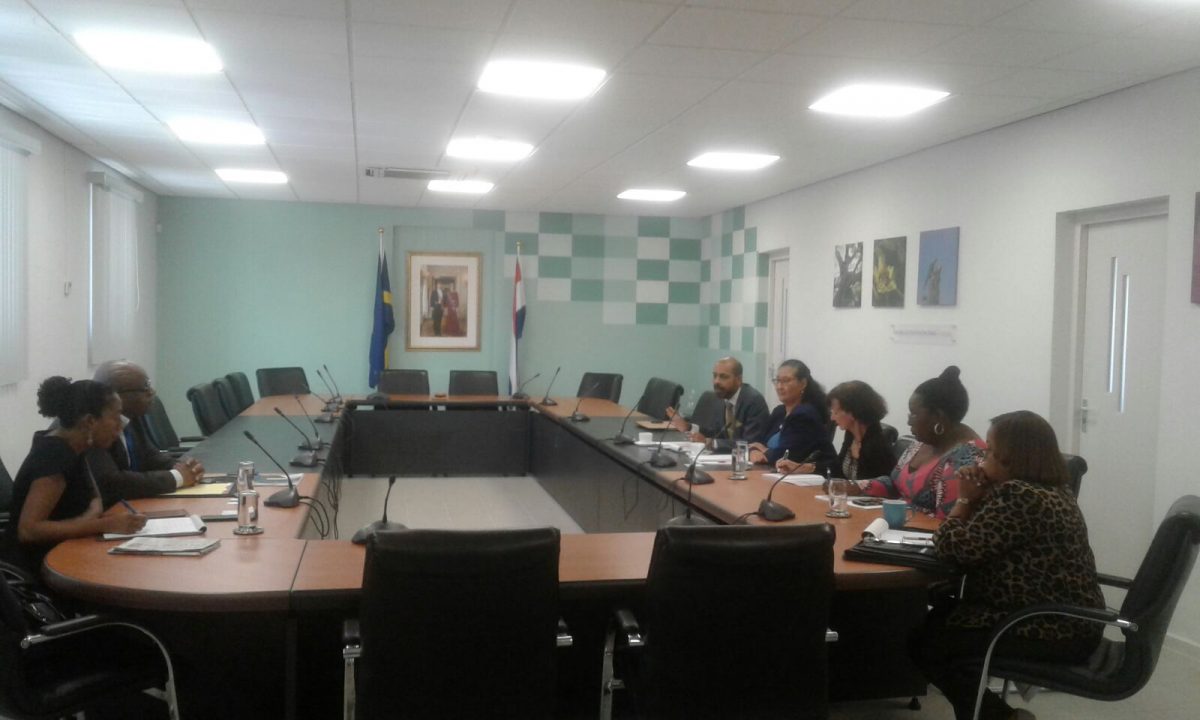